A primary concept is intereoception. Interoception is generally referred to as "the perception of internal body states" although there are many interoceptive processes that are not consciously perceived. Importantly, interoception is made possible through a process of "integrating the information coming from inside the body into the central nervous system". Interoception is the fundament of the modern view on allostasis and allostatic load. The regulatory model of allostasis claims that the brain's primary role as an organ is the predictive regulation of internal sensations. Predictive regulation (allostatis) is the brain's ability to anticipate needs and prepare to fulfill them before they arise. In this model, the brain is responsible for efficient regulation of its internal milieu.

Brain-centered predictive regulation – starts with a hypothalamic clock that synchronizes clocks in every tissue. On this diurnal cycle of metabolic variation, the brain superimposes an episodic rest–activity cycle that coordinates change in key systems (respiration, heart rate, blood pressure, body temperature, and physical activity). The brain predicts upcoming needs for food, water, salt, warmth, or cooling and satisfies them by adjusting physiology and behavior to prevent errors that would require homeostatic correction.

The brain, sensing the internal and external milieu, and consulting its database, predicts what is likely to be needed; then, it computes the best response. The brain rewards a better-than-predicted result with a pulse of dopamine, thereby encouraging the organism to learn effective regulatory behaviors. The brain, by prioritizing behaviours and dynamically adjusting the flows of energy and nutrients, reduces costly errors and exploits more opportunities. Despite significant costs of computation, allostasis pays off and can now be recognized as a core principle of organismal design.(1)

--- The theory of constructed emotion posits that if one changes their concepts about a subject that this would lead to constructing different emotions/feelings regarding that subject. Barrett’s theory offers an explanation of how these new concepts can create new emotional (feeling) responses. The implication is that the value of “thinking systems” is that it will create new emotional responses that will support improved functioning. (1) 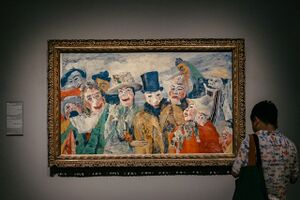 There is strong evidence that we mutualy regulate each other brains (and bodies).

Our senses & brains are fine-tuned for utility, not for ‘reality’

It’s easy to mistake our conscious experience for an ongoing, accurate account of reality. After all, the information we recover from our senses is, of course, the only window we’ll ever have into the outside world. And for most people most of the time, our perception certainly feels real. But the notion that our senses capture an objective external reality can be dispelled by considering something as fundamental as colour, which can be culturally influenced and, even within a single culture, leave the population split between seeing the same picture of a dress as black-and-blue or white-and-gold.

The uniqueness of an individual: structural connectome 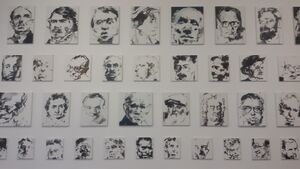 The information contained in the functional and structural connectome of an individual is highly specific to that person and has been compared to a personal ‘fingerprint’ (Finn et al., 2015, Yeh et al., 2016).

Our observations suggest that by the normal time of birth, an individual’s brain structural connectome is relatively stable. This suggests that the individual template of structural connectivity is predominately genetically determined, in the absence of an external insult. Consistent with this, macroscale structural white matter tractography has been shown to be highly heritable with axial diffusivity, radial diffusivity and fractional anisotropy of commissural fibres found to have the highest genetic influence and association fibres the least (Lee et al., 2015).

The brain structural connectome fingerprint is already present in the perinatal period. It is relatively stable and individually unique at this stage of development, while the identification features of functional connectivity appear more complex to interpret, potentially being too dynamic or immature to provide a fingerprint. Region-wise analysis suggested that the functional fingerprint in early development might be more stable within clusters, although identifiability rates were still higher for structural data.(2)

Retrieved from "https://mystrategy.mywikis.wiki/w/index.php?title=Brain_-_mind_-_emotions&oldid=3133"
Categories:
Cookies help us deliver our services. By using our services, you agree to our use of cookies.