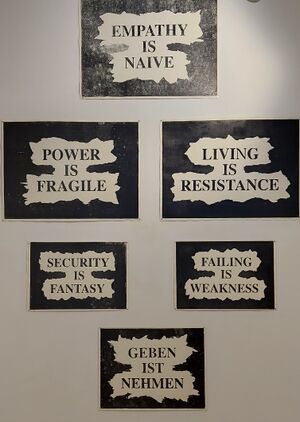 A paradox is a concept or statement that unites or contradicts conflicting ideas and yet may be true. We also call it an apparent contradiction.

The word paradox is derived from the Greek “paradoxos” which is composed of the words “para” or “opposite” and “doxa” or “opinion”. A paradox is thus an “apparent contradiction”.

What is an oxymoron?

An oxymoron is a special kind of paradox that combines two words that contradict each other in a literal sense but fit in a figurative sense. It is an important figure of speech in literature. Examples of an oxymoron: Organised chaos, adult child.

Retrieved from "https://mystrategy.mywikis.wiki/w/index.php?title=Leadership_paradoxes&oldid=3031"
Categories:
Cookies help us deliver our services. By using our services, you agree to our use of cookies.